I have been slowly remodeling my home to bring it up to a more modern look.  This is a long process, both because of time and money constraints.  Less involved than the famous Great Wall of Ryan project, I just completed the Informal Dining Room.  Here is a list of things we did, with before and after pictures below.

Of the many things in our culture that seem to be signposts of our crumbling civilization, few seem as striking to me as Americans growing inability to speak and write our one language.  The more focused one becomes on grammar and spelling, the more they appear everywhere.  I see typos in newspapers, unintelligible cyphers on signs, and then this–from the back of a tree service pickup in front of my store in Dallas.   Can you spot the error?  I’ve talked to quite a few people who cannot.

Now I am officially no longer a regular part of the Barnes and Noble staff.  I feel really sad in some way.  I have loved the people and the company.

My first store was the old North Arlington store, which houses some weird electronics store now.  We had a party on one of the last days there, and celebrated our manager, Janey, who was one of the best managers I can ever remember having.  We had an amazing crew, and she should get the credit.

We presented her with some gifts that we had all pitched in for.  One of them was a framed picture of the store that I had taken.  It is an HDR image (for High Dynamic Range).

The way a  camera works, it can only capture a much narrower spectrum of light than the human eye can.  That is why when you take a picture of your friends in front of a beautiful sunset they are either completely black shadows, or the sunset appears overly bright and less colorful.  Photographers try to get around this is by using a flash, but that never reproduces the image the way the human eye sees it.  The flash washes color out, or colors the image unnaturally.

An HDR image fixes this.  In order to create one, you have to take multiple shots at different shutter speeds.  I believe this one had somewhere between 8 and 10.  Then you merge them into one image, making the areas that would be too dark just right, and the areas that would be too bright darker.  The image that results is a little surreal at times, but is much more accurate than a single photo ever could produce.

I don’t believe that this is a perfect  HDR shot, or even a really great one, but it is good work for me, and it is an image of something that I have a real emotional tie to.  This image means a lot to me.

A lot has been said about Japan in the media over the last few days.  I honestly have no idea what I can say, but I feel compelled.  I want to do or say anything I can to make it better.  I am struck by the horrible suffering in the midst of mounting tragedy.  But there is little I can say or do.  Please pray for comfort and healing for this noble nation. 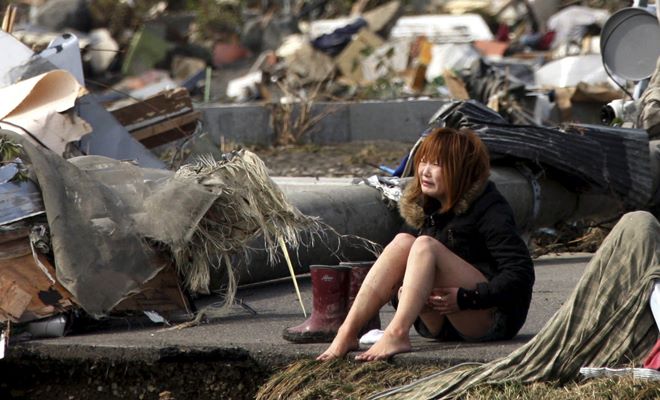 This picture says more than anything I could.  I hope this AP photographer, Asahi Shimbun, wins the Pulitzer.

I haven’t talked a lot about the painful events recently involving my family lamb, Sam.  Over the last few months Sam has grown increasingly private.  We used to sit and talk about the events of our respective days, but that somehow changed.  Those who know have asked the same question we’ve all asked in the face of this, “Why?”  Right now, I have no answer for this.

I guess in the end, all I can do right now is remember the fun times I had with Sam the Lamb.

*Yes, I know that someone is bound to be offended by this–and actually, I am not really intending to make light of a serious subject that has affected many people.  This photo shoot started far more innocuously than anyone could imagine, then turned dark.  The statement (if there must be one) is two-fold: First, it is an exploration of two juxtaposed things that are very opposite in extreme ways.  Second, it is also addressing something that should not be ignored in a less grotesque way than could normally be done.  It is walking a line, I agree.  But perhaps it is a line that should be walked.  Is it better to not show this (an idea I entertained) and avoid controversy, or show it and open a dialogue on this issue?  I am still not sure–but I have made my decision.  I hope it is the right one.

I got this idea recently for a photography project.  I can’t really say how this idea came about, or even where it is going, but I thought it would be fun, and explore and area of the art that I haven’t yet explored.  I truly don’t know what this will develop into, but here is set #1.  Let me know what you think.

Have you seen the new Sun Chips eco-bag?  It’s the one that makes a ton of sound whenever you touch it.  I had a hard time eating the chips, because every time I tried to eat my neighbors would stop by and tell me to “knock it off!”

In all seriousness, I love the idea of eco-friendly bags.  There is no reason that everything known to man needs to be wrapped in plastic.  If you really think about it, half of our landfills are filled not with things that are broken and don’t work anymore, but the packaging for all of our new stuff.  So, I enthusiastically support Sun Chips in their effort.

In case you aren’t aware of exactly what I’m talking about, here is a crash course from the Sun Chips people, themselves.

So, being the really scientific guy I am, I decided to conduct my own experiment.

I have my own compost bin at home.  So, gathered up some of the compost, and put it in a plastic tub.  I’ll be checking back with the bag each week, and showing updates.  We’ll see if the bag is really gone in 12-14 weeks, as they claim.  Here are pictures of the bag, and a short video showing the start of week 1. Here is the video of me setting up the experiment. 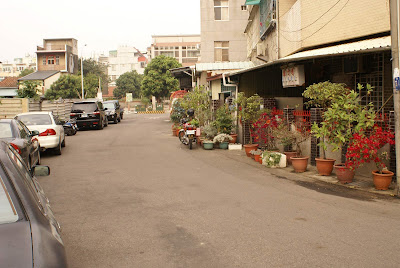 Peichi’s Amma must have decided to put all of the events I mentioned in my last blog entry behind her, though, as she was very welcoming to me as we showed up for Chinese New Year.  She didn’t even keep much of a watchful eye over me, as I might have expected.  I cannot be sure that she hadn’t carefully noted the home’s entire inventory and each item’s place prior to my arrival.

Amma and I hit it off quite smoothly this time, with few rough patches.  The most difficult breach of protocol for me to handle is regarding the “house shoes” that each family uses in Taiwan.  Most people know that Asian households require one to take off his shoes on entry.  In Asia there is an added step.  Each family keeps an armada of house slippers on hand just inside the doorway that each guest is expected to use while inside.  You may not opt out of this deal.  Yes, the shoes might not even come close to fitting your American-sized feet.  Yes, one probably will accidentally slip off halfway up the stairs and leave you to hop back down to find it again.  But make no mistake, they must be used.

This part was not the problem for me.  The problem is that each household has a place where you are supposed to take off your outside shoes 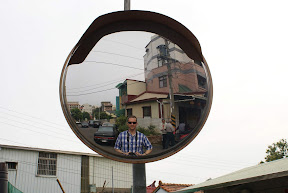 and put your house shoes on.  In Japan this is clearly marked by the presence of bamboo mats. In Taiwan, this place is marked by some sort of sixth-sensed hoo-bah, that I apparently do not posses.

I would enter the house from the screened in porch via the stairs, leaving my street shoes outside.  At some point after the doorway I would cross the invisible battle line of germ warfare where my “safe” shoes were supposed to come on.  I would usually miss this line somehow.  When the process was reversed and the house shoes made it past the line, sirens would go off in Amma’s head, and she would come after me, gently rebuking me in short vocal bugle blasts.  She was very gracious.  I don’t mean to imply anything less.

My most exciting story with the house shoes was when visiting a household outside of the family.  As I came in, I started to take off my outside shoes and was informed that this would not be necessary at this place.  I looked around for some sign of where the hoo-bah was.  It was invisible as usual.  I asked to use the bathroom and was told it was down the hall.  I gingerly advanced, pausing with each step in case this time would be different and I might actually sense the hoo-bah.  They laughed and told me that I would not need to remove my shoes there either.  I felt safe. 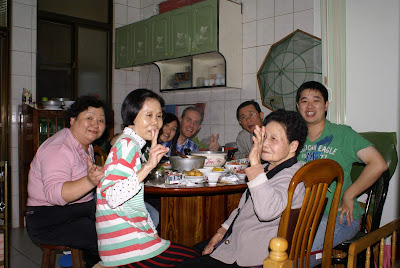 A few minutes later, I went to view the kitchen and again was told that it was safe.  I was very confused.  I had never made it this far without using house shoes before. I did not know how to act.  I shrugged and enjoyed my good fortune.

After viewing the kitchen, I was ushered to the seating area where there was a plate of fruit.  Every Asian household I am invited to has prepared fruit.  It is expected.  It is wonderful.  Americans need to start doing that.  I eagerly went to take a seat and eat some fruit.  Everyone lunged at me noisily. I had crossed the hoo-bah.  I didn’t know.  There was not even a pile of shoes.   Nothing.  I retreated and apologized profusely.  They still let me eat the fruit.