I never win anything.

The last thing that I won was a Super Nintendo on the night of my High School graduation.  And as the students in my youth group like to point out, that was a long time ago.  Since then–nothing.  No prizes for Ryan, although my wife wins stuff all the time.

That is why the events of 2 weeks ago were so surprising to me.  It started out with me doing the dishes after having our friends Andrew and April over for dinner the night before.  I turned on the under-counter radio in order to keep me company. 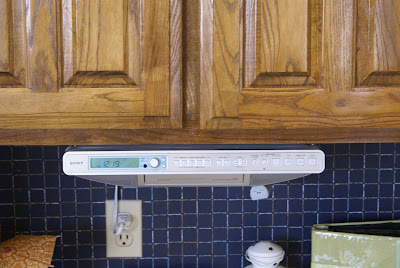 As I did the dishes, I was reminded of a problem with our kitchen sink.  We noticed some time ago that the sink in the kitchen seems to take 10 times longer to get hot water flowing than any other faucet in the house, and when it does it is never quite as hot as the others.  I don’t think about this often, except when I do dishes and have to wait several minutes before getting any hot water.

This information is worth noting, because as I waited for my water to warm, the radio was saying “You’re listening to Chris Miles on House Talk, and today we have with us Steve Hatcher, the owner of Steve Hatcher plumbing.  We’re taking all of your plumbing questions this hour.” 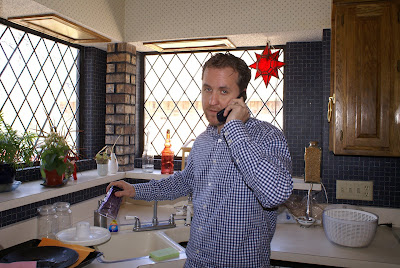 It took a few calls before it all went through and I almost gave up, but eventually the phone rang.  After only a few minutes of waiting they put me on the air and both guys helped troubleshoot my problem.  But then the real fun began.

It just so happened that Steve Hatcher was giving away a free Toto toilet with free installation to someone who called that hour.  About 15 minutes after I hung up, still doing the dishes, Chris Miles announced my name on the radio.

I won a toilet!  I needed a toilet.  Peichi and I did the Dance of Joy.

The wheels of progress began to turn, and gained some quick momentum.  Mere minutes after my name was announced on air, Chris Mile’s assistant called to congratulate me on winning.  She seemed genuinely almost as excited as I was.  Shortly thereafter, Steve Hatcher’s assistant called to congratulate me as well.  She seemed just as excited, and told me that they would be calling me back again soon to schedule the installation.  During that second call we scheduled the job for Thursday afternoon the next week.

I called my friends and family with glad tidings of great joy…at least for me.  I also promised them all that they could do their ‘business’ in my new toilet once it was installed.  My friend Paul said he would be excited to do just that, and that I couldn’t say “I never win crap” now.  His joke.

When Thursday came around, Peichi and I were giddy with anticipation, and a little bit weighted down, after “saving up” so as to be able to fully experience our new toilet once it was in place.  We waited, staring out the window at every passing truck and van, inspecting them for plumbing ads on their doors.

The only imperfect part of the whole experience was that the plumber didn’t technically show up at the time we were told…but they did call us twice to let us know this, make sure it was all right, and inform us that Steve, himself, would be coming out to supervise. I told them both times that it was all OK by me.

Let me take time out for a second to say this: As a home owner and a person who works a busy schedule, I often have various people who have scheduled to come and do some work.  The phone, Internet, security, electric company, all have come at one time or another.  They seldom make the window they have told me in advance.  This is insensitive to me.  But in this case, they called several times just to keep me apprised and to make sure that it was all OK with me.

First of all, of course it is OK, I am getting a free toilet.  Second, I am almost always flexible when someone lets me know what is going on.  If more companies would do what Steve Hatcher plumbing did in that case, more customers would be satisfied with their service.  Most people know that plumbing jobs (or insert Internet, electrical, etc.) can take longer than a technician would have assumed by hearing about the problem over the phone.  Most people are also willing to be accommodating if the company would just let them know.  Steve Hatcher plumbing did this.  Even if my toilet hadn’t been free, I would be happy with that level of service.  It showed me respect.  Now back to the story… 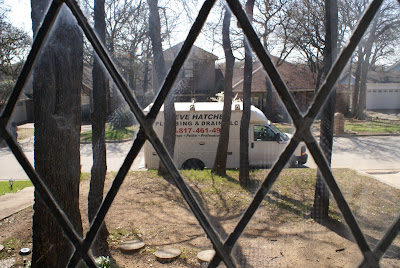 Steve and Sean (one of his plumbers) showed up and began to get things going.

Everything went pretty smoothly.  They replaced my toilet, the mounting flange, fixed the water line to the toilet in a different bathroom, and even looked at the sink I called about in the first place.  Total cost to me $0.

But almost equally pleasing to me was that everyone was super nice, and fun.  Essentially, Steve was giving me his time, his employees time, his company’s money, and a free toilet.  He could have just thrown the thing in, charged me for the flange (or refused to install it until I had it done), and then gotten out quickly in order to make some real money.  But that isn’t what they did of course, or how they made me feel.

We talked about radio, the plumbing business, all the cool info about my new toilet, and played guitar.  When they finished, Steve even checked out my neighbor’s sink, free of charge.

Oh, and the toilet…Primo!  It is a water saving, super-eco throne.  It uses less than half the water of a regular toilet, while flushing with the power of one of those airplane jet toilets.  It is ADA compliant, which means for me that I can sit and read without my legs going to sleep from sitting so low.  Truthfully, I use it as often as I possibly can.  I get a little bit excited every time I have to go. 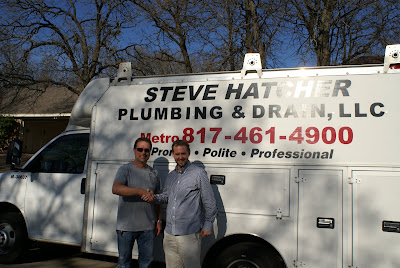 My point in this is not to advertise a plumber.  But I am the kind of guy who will let a manager know if my service was bad.  At the same time, I believe that when service is above and beyond expectations that should be recognized.  That is the kind of experience I had with Steve Hatcher Plumbing.  When I have a plumbing problem in the future, they will be the first, and probably the last ones I call.

Below is a slide show of the pictures we took during all of this.

1 thought on “Our New Throne”